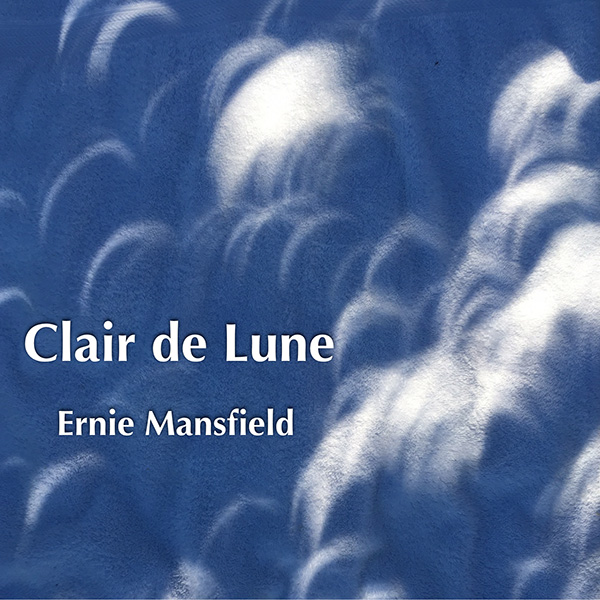 Artist Name: Ernie Mansfield
Description: This is a jazz version of Claude Debussy’s Clair de Lune, Performed by San Francisco jazz artists Mark Levine (piano); Ricardo Peixoto (guitar); Carolyn Brandy (percussion); Dave Belove (bass); Paul Van Wageningen (drums); Ernie Mansfield (alto flute).
Notes:
French impressionist composer Claude Debussy is possibly the most famous French composer of the early 20th century. His orchestral scores include exquisite writing for flutes, as well as many other instruments. Jazz composers, from Django Reinhardt to Bill Evans, have been influenced by him. But Debussy was also influenced by jazz, and world music himself. This single is part of a larger album that will be released soon, featuring other impressionist pieces. The album cover is a photo taken of the Solar Eclipse of 2017 by Susana Wani. Just prior to the total eclipse, multiple slivers of the image of the sun were projected onto the ground where we had spread a white towel. Since the moon was covering the sun, its a bit ironic that the “light of the moon” (Clair de Lune) is actually the blue portion of the photo.